How a Snowstorm Made Me a Writer

I’ve wanted to be a writer since I was old enough to wield a pen.

In kindergarten, I was crafting whimsical poems inspired by Shel Silverstein’s greatest, and by second grade I had a stack of short stories I loved to share with anyone who would listen.

As I grew, I dreamed of someday achieving Stephen King status – my byline a household name, and my stories read across the nation.

The problem was, my definition of “writer” was too narrow. I thought this was the only road to writerdom. It wasn’t until years later that God expanded my horizons. I finally realized that “fiction novelist” was not the only category into which writers could fall. Plus, with the invention of the internet and the growing need for online content, a whole new world of writing had been born.

When I realized all this, it was quite the ah-ha moment. I didn’t have to be a prolific novelist to be a writer. Stephen King could have his place in authorville, and I could live there too – in a completely different style of house.

I found my home in freelancing. Website content. Blogs. Newsletters. Magazines. I discovered myriad possibilities. I decided to become “The write scribe for you” and deliver creative, concise, consistent copy for people across the nation (and around the world).

I’ve also dipped my toe in the waters of books, but I discovered Christian living is where my passion lies in bookland, rather than the horror genre I’d read most of my life.

But, that’s skipping ahead a bit. Let’s get back to the snowstorm I mentioned.

I was working as a school photographer at the time. This job freed up my summers for other pursuits. So, I had started dabbling in the freelance world. I’d snagged a job here and there, creating content for websites. I’d even landed a couple of steady gigs writing for newsletters and editing business site content. It wasn’t nearly enough to pay the bills, but it brought in some extra funds and got my foot in the door. I was gaining the experience I needed to create a resume that looked more like that of a writer than a photographer/realtor assistant/retailer/social work major/I-don’t-know-what-I-want-to-be-when-I-grow-up resume.

I enjoyed these new experiences, but I wasn’t seriously pursuing a writing career. It was a side job that I didn’t really believe at the time could be much more.

God proved me wrong, and he used the winter weather to do it.

The thing is, that photography job was great, but it required driving all over Chicagoland to different schools. When it wasn’t picture-taking season, I was driving to the company’s office five days a week – 17 miles from home. That’s a lot of time on the road. To some of you mega-commuters, that might not sound too bad. For me, it got old – fast. Plus, there wasn’t really a good route to cover those 17 miles to the office. Both of my options involved a lot of traffic and lights. It usually took me 40 minutes or so to make the drive.

Here’s the kicker. It was 40 minutes in good conditions. If you’ve ever been to Chicago in January, you know those conditions are often anything but good. In fact, one of the towns I had to drive through seemed to believe plowing was not a priority before rush hour. The result: my 40-minute commute easily turned into 1.5 hours in the snow.

It was my seventh year with the photography company. I had driven through my fair share of snowstorms over the seasons. They were never fun, but I had always survived and simply looked forward to summer.

This season was different.

I’m not sure if I had simply reached my breaking point, or if we really did get more snow than previous years. Whatever the case, we had snow roughly every other day for weeks on end. Time after time, I was sitting in traffic, slushing through snow at a snail’s pace to get to work. If traffic did move more quickly, that wasn’t any better for me. I’m terrified of driving in those conditions. If I’m going more than 25 mph, I’m convinced I will hit an icy patch and go spinning out of control. If others around me are going more than 25 mph, I’m sure they are about to go spinning out of control and crash into me.

The point is, I endured day after day and week after week of what seemed to be a never-ending snowstorm.

One day, I experienced my “I’ve had it” moment.

I had been toying with the idea of trying to make my writing pursuits a full-time deal. I was scared to pursue this dream, for a variety of reasons. I also liked a lot about my current job, (except for the commute, of course). Should I give up this job? Should I really try to make it on my own – working for myself? Could I really do it? My doubts and fears were holding me back from diving full-force into my dream of being a writer. I needed an extra nudge to push me in that direction.

So, God sent me some snowflakes. 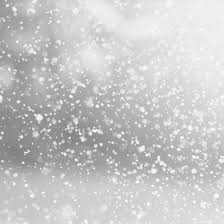 I can’t give you an exact date. I can’t even tell you exactly how many horrible commutes I sat through that winter before the snow sent me over the edge. I just know that one day I had had enough. I was determined not to do that commute again next winter. I was done. I would do what it took to be able to work from home, where I could enjoy the snow from the safety of my comfy recliner.

The next few months were a flurry of activity as I worked to build a writing business. I took fewer bike rides that summer than I had in previous years. I hosted fewer parties. I skipped a lot of my usual fall festivities. I even worked while my husband and I were on vacation, taking a summer road trip.

It was all worth it. My efforts paid off. God answered my prayers. He sent more and more writing opportunities my way. I received positive responses from applications and inquiries. I was starting to see some real money come in.

(I’ll fill you in on this process with greater detail another time. It’s an encouraging story all its own.)

By October of 2015, (with winter snowstorms looming in the near future!) I was well on my way to making freelance writing my full-time job. I had reached the point where I could no longer do both jobs. There simply wasn’t enough time in the week. So, it was time to make the leap.

I gave notice at the photography company and officially started working for Nenn Pen, Ink as a full-time freelance writer on November 1, 2015 – before the snow started to fall.

Thank you, Lord, for starting this snowball effect that allowed me to live out my dream! Some days, it’s still hard to believe. But, it’s true: I’m a writer. That feels so good to type that I’m gonna do it again:

Eat your heart out, Frosty. 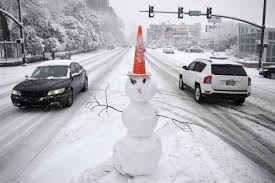